We are a group named Children of the full moon

We are a group named Children of the full moon, an association of parents and other family members of children with autistic spectrum disorder. Our children have profound problems with understanding the world and communicating with it. They are falling into isolation, and so are we. We want to change that.

If you associate autism with the movie character of Rain Man, you probably wouldn’t recognize it in our children. Yes, some of them are exceptionally gifted in certain areas, but they also have a huge handicap in understanding the world around them, and the ability to function in it. 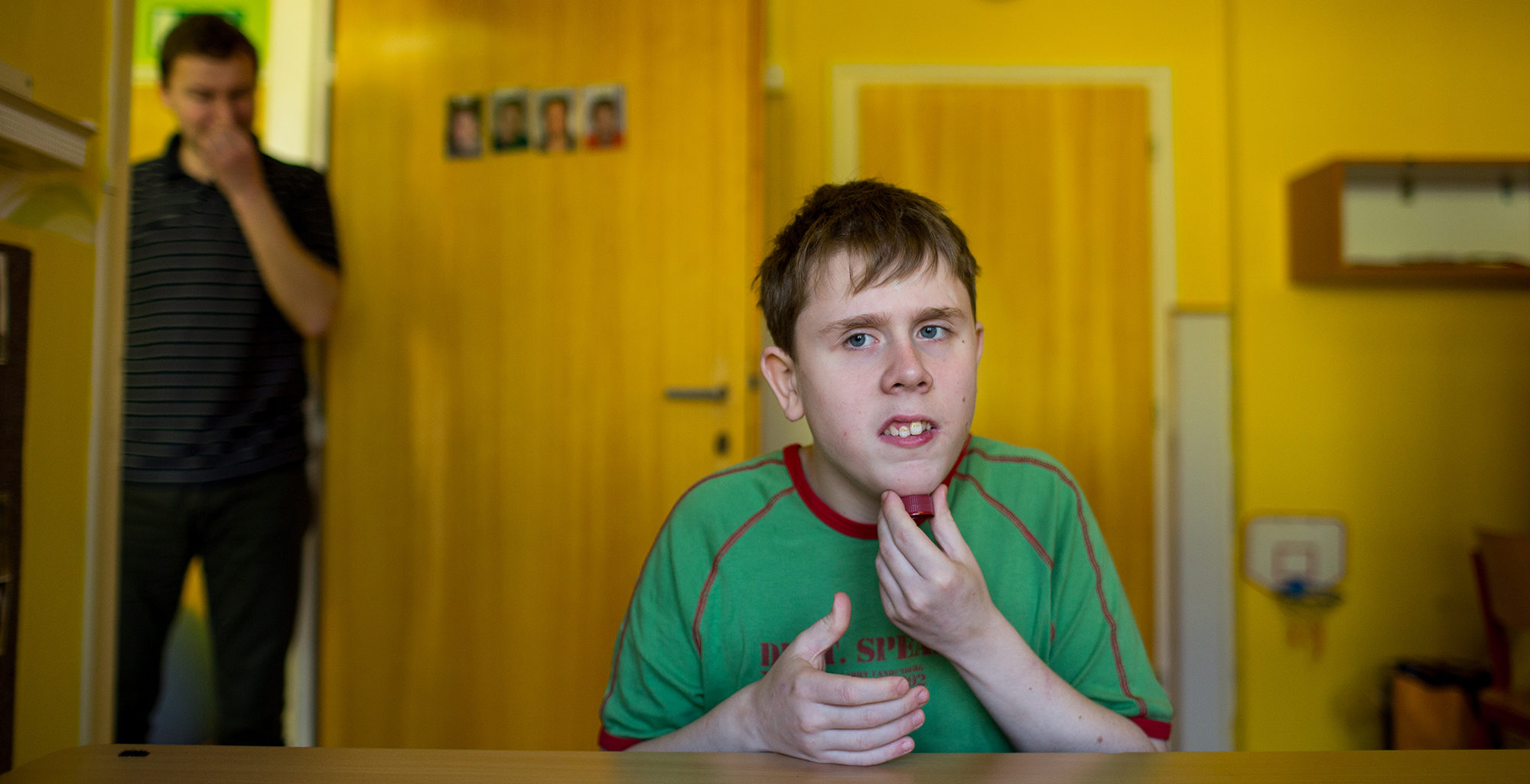 Autism is a disease of the brain, and it is often connected with behaviors that pose a significant challenge to the caregiver family. The majority of these children are afflicted by mental retardation and are in need of constant, lifelong care of others. Our children tend to be restless, having low tolerance towards stress, and they can get seizures quite easily. Sometimes they may harm themselves or others, have compulsive rituals, start banging their heads against the wall, have insomnia, be loud or “uncontrollable”, damaging things around them. This is not some kind of ill will, it is a result of a disease they are suffering from. Challenging behavior can appear in many forms, but all of them have one thing in common — they demand a huge effort from the people around them.

Experiences of people from around the world confirm that autism combined with challenging behavior is one of the worst possible types of disability for the care giving family. It turns their lives into permanent stress without a chance to rest. It can ruin the health of the caregivers. Families often break apart, mental breakdowns happen, because of the chronic pressure. Even the Czech Republic already has one recorded case of a mother who committed suicide after she reached the limits of her strength.

Why are we alone in this?

We, as parents, are all experiencing a deep exhaustion, and besides the disease of our children, another thing is troubling us — insufficient help form state funded social services. This is paradoxical. The system is least open for clients who are the most vulnerable, and their families need help urgently. This holds true not only for autism, but for other diseases linked with challenging behavior as well.

What is the reason? Such client is too demanding for social service providers. He/she requires special assistance, specific conditions or approach, and there is not enough money for that. So we are often alone in providing care. Without assistants, which are very hard to find, especially for adolescent boys with autism. Without respite care, which isn’t available in many regions, so we can’t even take a break and recover our strength. And with a huge insecurity about the future, because the homes where our children could lead a good life after they grow up are hopelessly lacking.

This is why we decided to organize. Currently, we have over seventy families who didn’t want to wait for the situation to change by itself. Time is running and our children are growing older.

We believe our country is developed enough to be able to take care of its weakest members. That it is educated enough to understand the specifics of autism and learn to offer the care that this disease demands. That it is numerate enough to be able to calculate that it is worth supporting the families, rather than paying for needless hospitalizations of autistic people in psychiatric wards. In short, we believe that its heart is big enough to make the changes that are so much needed.

We have a vision

It’s quite simple. We want affordable, high quality social services, that will help families with autistic children, both little and big. Services that won’t be rejecting clients, but offer them the help they need, and be well paid for it.

In the area of care for people with autism, there is a lot that is missing in the Czech Republic, such as special therapy that can help the children with their developments and prepare them for adult life. Our initiative is focused on social services, because we see their unavailability as an especially urgent problem. 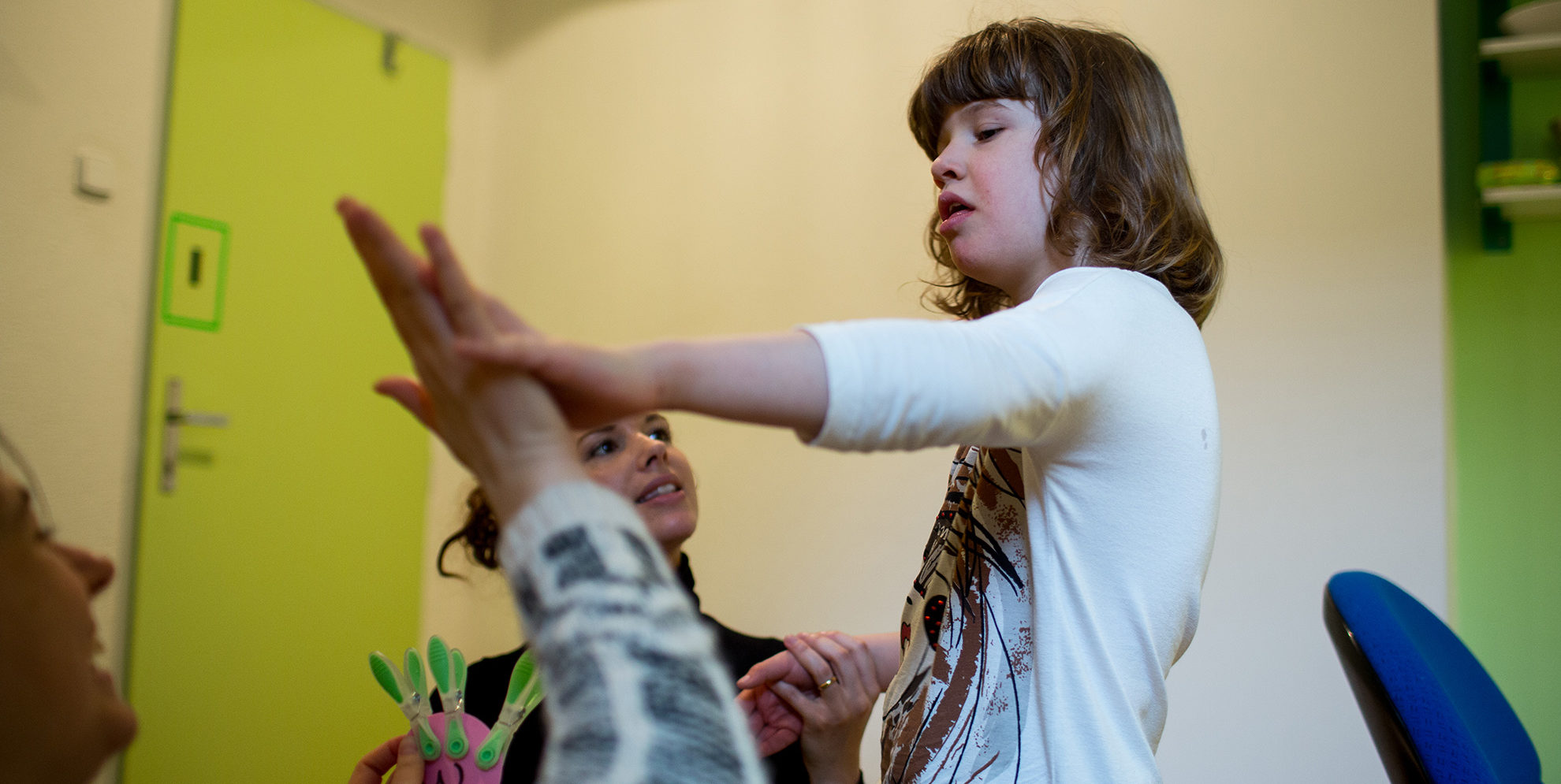 When a child has these types of challenging behavior, the family often needs assistants just to keep the normal functioning of a household. The father and mother need some rest and time to taking care of things they can’t while watching over a handicapped child. This is why they need affordable respite care services that are able to care for their child and ensure his or her time is well spent.

Sooner or later, every person with autism will be living outside of his primary family. That is a natural human need and right. But our children will never become fully self‐sufficient. To the contrary, they will need a lot of support in a protected environment, with personal assistance and specific living conditions.

These are the three types of services we are currently missing: assistance, respite and residential. We want them to be available for everyone who needs them, not only those with less demanding types of disabilities. We want these services to be of high quality, employing people who will be paid well and will really love our children.

This is not just about autism

While money isn’t the only issue, an improvement in funding will be necessary to make a real difference. In the Czech Republic, social services are currently financed from the budget of a region and the Ministry of Labor and Social Affairs. The total amount of money is calculated by the number of employees, or the total capacity of “beds”. This is the reason why there is not enough money for more demanding clients, and social services refuse to take them in. Our vision is to make a concrete human being the focus of the system, so that the government grant is calculated according to his or her needs and the necessary amount of support. Some people need more support than others, but this should not be a reason for them to be rejected, as it happens in the current system.

We want to change the current laws, local ordinances and usual practice of social service funding to focus on the concrete needs of individuals they are meant to be helping. And this is by no means exclusive to people with autism. We are not asking for an advantage for one diagnosis. We believe that any person with a handicap has the right to be treated as an individual by the system. Autism, being an extremely demanding disability, reveals a more general issue with the current system of social care.

If you want to learn more, check out the article Děti úplňku, published in the Respekt magazine (in Czech), in which Petr Třešňák describes what raising an autistic child is like, based on his personal experience.

Support us with a donation!

Thanks to your support, we can continue filming documents about the families of children with ASD, and striving for a systemic change of social service funding. We couldn't do this without your help. Thank you!


people in the Czech Republic
are afflicted by challenging behavior


some of us didn't have
a single vacation

Children of the full moon